What Is the Age of Aquarius All About? 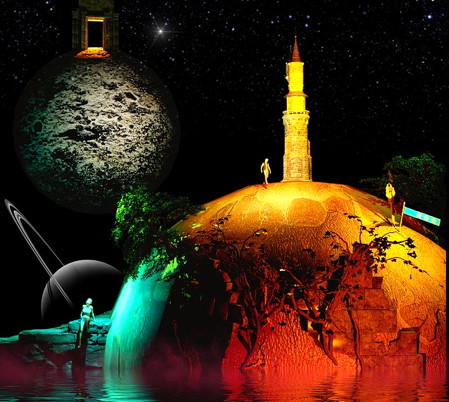 Humanity is experiencing fast, radical changes on all levels, and the Internet is brimming with information and misinformation about them. For the mass media, it’s all about keeping you focused on the (often disturbing) appearance of things, and for the New Age movement it’s more about dissolving old structures to give way to something new. And everything in between.

So many people want to believe that this New Age, the Age of Aquarius, marks the end of Kali Yuga (the cosmic Age of Darkness) and the beginning of a Golden Age of Truth (Satya Yuga). But this is wishful thinking. Perhaps the confusion arises from a deeply ingrained, Earth-centered, ego-based perception that life revolves around this planet. Well, it obviously does for us humans, but this is just one plane of existence within the infinite Oneness of Divine Consciousness.

Assuming that a new planetary cycle effects change at a universal level is like saying that it’s hot because it’s Tuesday, rather than understanding that it’s hot because it’s noon on a Tuesday in early August during the Summer in the Northern hemisphere. Life unfolds in cycles within cycles, and although each cycle has a purpose in the movement and expansion of the Universe, it’s just one aspects in the big scheme of things. (To better understand some of these cycles, see Self-Ascension Into 5th Dimension.)

I’m not saying the New Age is not significant, for it’s already setting in motion important changes, but it’s not the only factor involved in the revolution of the Spirit we need to go through. Aquarius is a feminine sign that rules women, so it’s initiating a new feminine cosmic cycle, and even if this period will last 5 times longer than the astrological age, it will still happen within the kali yuga. But a huge difference is that we will experience all this while we move back into 5th dimension, which is a lot less dense than 3rd.

These are concepts too big for the human mind to comprehend, given that they encompass various thousands of years while the most we get to experience at each incarnation is an average of 80 years or so. An astrological age has been calculated to last around 2,100 human years, but due to the large and varying time frames of each planetary cycle in relation to the rotation of the Earth and other factors, astrologers can’t pinpoint the exact birth of the Age of Aquarius.

Was it during the second Industrial Revolution or the launching of the first Russian satellite, both of which resulted from technological advancements imprinted with Aquarian innovation? Or was it during the landing on the Moon, the new Mayan calendar, or one of the many equinoxes or solar eclipses we’ve experienced for the past 200 years? Take your pick, everyone has their opinion about it—which is also an Aquarian trait—while astronomers seem to think it started and ended centuries ago! Regardless, it’s clear that cycles overlap and we’ve been transitioning from one big belief and cultural system into a new perception of the world. So what is this all about?

Aquarius is an air sign, thus involved with communication, movement, and change. It rules technology and innovation—pretty much anything new and sudden. Computers and a computerized life are developing at an incredibly fast pace, spanning from robotics and virtual reality to the implementation of bodily chips for various purposes. Yes, people are starting to integrate computers into their body and turning themselves into hybrid human robots! Computers are likely to continue taking over our lives in more supportive but also intrusive ways. Remember The Matrix? Well, it’s up to you to find ways to unplug. :-)

The World Wide Web we enjoy so much is an Aquarian offspring, and it’s attempting to expand its networks to the Moon and Mars (according to NASA). I think this is a sign of greater things to come as we discover—or rather, remember—our place in the Universe. As we further advance toward a feminine cosmic cycle, by healing the Feminine on the planet and reclaiming our old 5th-dimensional perception, we will reactivate the DNA strands we originally came with and restore the communication we lost with the Galactic Federation about 10,000 years ago.

Then all this high technology will become obsolete and be replaced by the higher mind—as opposed to the ego-mind that rules our dense, 3rd-dimensional world. In the meantime, the shadow side is an excessive reliance on technology. We’re able to communicate instantaneously with people all over the world, which is a wonderful tool for community and humanitarian work, two great Aquarian (as well as Piscean) goals, but our gadgets are quickly becoming addictions we can’t live without. Everywhere you look, people are glued to their cell phones, and we’ve never seen a president so focused on tweeting every ridiculous thought!

Egomania is a negative aspect of Aquarius, as well as rebelliousness for the sake of rebelliousness or advocacy for lost causes (the ‘teenager archetype’), which can turn into lack of individual responsibility in the name of the group. So although the overall goal of the Aquarian Age is to build community and restore hope and trust in the family of man, as an air sign it carries a strong mental energy that can lead to indifference, isolation, or hiding behind others to avoid the individual inner work needed to grow emotionally and spiritually.

Aquarius rules yoga, astrology, and psychic abilities, which are steadily becoming popular pursuits, as well as ‘channeling’ and connecting to spirit guides. These are also manifestations of the influx of feminine energies slowly and quietly taking over the collective perception, but they’re not meant to replace a much needed individual spiritual exploration—that is, knowing yourself—with a spiritualized ego that is all talk but no depth of experience.

An Age of Community, Disruption & Integration

If the later part of Pisces was marked by strict family and social roles, and rigid but secure political, economic, and religious structures, Aquarius is meant to be an age of creative integration, when we’ll question old structures and conventions to bring about something different. Blind faith is being replaced by the need for scientific proof and a new approach to spiritual matters through the dismissal of intermediaries deciding what’s right or wrong.

I’m guessing there’s going to be much debate about these matters in the next few years, because although Aquarius can lead to enlightenment it also has a very logical, cold side. Fortunately, the feminine cosmic cycle will help many of us pierce through the resistance and love will lead us out of the darkness of ego (see Our Spiritual Revolution Is Unstoppable). Hopefully, down the road science and spirituality are likely to meet and reintegrate, as they did in ancient times.

For now, we’ll probably witness many examples of the rebellious, innovative, destroyer-of-conventions type of energy of this sign, along with the disappearance of the middle man and the typical gate keepers who’ve held the power in different aspects of life, especially the financial, creative, and business. Agents, brokers, distributors and the like will lose their control as we strengthen the trend of direct transactions and investments, cyber currency, virtual banking, free information, free software, the Creative Commons, and independent authorship and marketing of our talents and gifts.

As these trends continue there will be a stronger emphasis on subscription-based enterprises, non-profit and group- or community-supported businesses and organizations, as well as more and more people leaving the corporate world to invest in their dreams and their communities. Higher principles will become a stronger motivation than money and security, as the structures holding these illusions crumble.

Aquarius is ruled by Uranus, the Great Awakener whose energies are resourceful, imaginative, idiosyncratic, and experimental, but also unpredictable. This planet breaks rules and demolishes established patterns and structures, creating sudden and often radical change with quick, liberating results, blending fact with intuition in its quest for universal truths.

Fueled by a strong impulse for independence, surprise, and excitement, Uranus overturns anything traditional, conventional or orthodox when it has outlived its usefulness. Sexual, marriage, and gender issues will be at the forefront of this planetary transition, as new generations of feminine soul types establish a healthier balance between the eternal principles of Consciousness to bring greater Light from the Cosmic Mind and deeper Love from the Cosmic Heart.

But let’s not forget that these changes will happen within the framework of the kali yuga, the dark age when ‘the blind lead the blind’ through the ignorance of the ego-mind. The faith, devotion, love, and humanitarian efforts that the Age of Pisces brought in time got distorted into dogmatic attempts to control the masses by keeping them stuck in the ‘wounded child archetype’ of ego. Now we’ll also have to keep an eye on the ‘wounded teenager archetype’ to find true freedom. So contact me today to remain alert and committed to your emotional and spiritual growth, in alignment with your soul path and purpose!

← Life Flows Between Hope and Despair
How Well Do You Use Your Intuition? →

2 comments for “What Is the Age of Aquarius All About?”