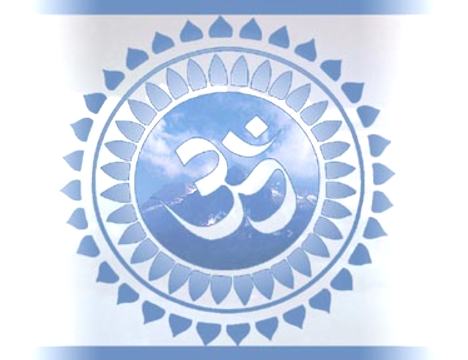 Yoga means “union” in the sense of union with the Divine. In this sense, yoga is the path and goal of all human existence, that is, the realization of the Self as our true, inner nature.

In the West, yoga has come to mean only hatha yoga or yoga postures (asanas). In fact, this is only one aspect of the yoga system. There are different yoga paths, but they all have the same goal: the union, or rather re-union, with our divine nature. In other words, what we call Liberation, Self-realization, or Enlightenment. This cannot be achieved without deep states of meditation or devotion leading to Samadhi, or merging with the Supreme Consciousness.

The various paths of yoga are not mutually exclusive, they are actually interconnected, but they may emphasize different aspects of yoga and may differ in certain techniques. The sage Patanjali was the first to systematize the philosophy and practice of yoga into an eight step system called Ashtanga Yoga. This is the most comprehensive school, in that it embraces many aspects of other systems.

The eight limbs of yoga are:

4. Pranayama: breathing techniques for the control of prana and the mind.

5. Pratyahara: withdrawal and control of the senses.

8. Samadhi: superconscious state. Here non-duality or oneness is experienced. This is the deepest and highest state of consciousness, where body and mind have been transcended and the yogi is one with the Self or God.

Hatha Yoga (Forceful Yoga). Basically, the first 4 limbs of the Ashtanga system are considered hatha yoga. The main focus is the physical and energetic purification and training. Its goal is to bring the physical body into a perfect state of health so the soul has a fitting vehicle of expression to work through.

Raja Yoga (Royal Yoga). This is another name for Ashtanga Yoga and its focus and goals are the higher limbs of yoga –concentration, meditation, and Samadhi– also known as samyama. It includes systems such as siddha yoga, kriya yoga, laya yoga, sahaja yoga, and others.

Bhakti Yoga (Yoga of Devotion) is the path of devotion to the Divine. It is pure selfless love from the heart. The relationship between a bhakta and God is very internal and cannot be described with words. Devotional chanting (kirtan, bhajans), prayer, worship, ritual, and mantra repetition (japa) are important aspects of this path, since they keep the mind of the devotee continuously focused on God. (See Bhakti Yoga or Yoga of Devotion.)

Karma Yoga (Yoga of Action) is the path of selfless service. For a karma yogi, any activity of human life is an opportunity to serve God. The key to Karma Yoga is the performance of right actions and service for their own sake, without attachment to the end results or a sense of ownership of what is being performed.

Jnana Yoga (Yoga of Wisdom) is the path of knowledge. Taking the philosophy of Vedanta the Jnana Yogi uses his mind to inquire into its own nature. He uses viveka (discernment or discrimination) for moving from avidya (ignorance) to vidya (knowledge). He discerns that the world as perceived by the senses is not real, but an illusion of the individual ego or “I-sense.” Before practicing Jnana Yoga, the aspirant needs to have integrated the lessons of the other yogic paths. Without selflessness and love of God, strength of body and mind, the search for self-realization can become mere mental speculation.

Kundalini Yoga. Kundalini is the dormant energy that lies at the base of the spine. Most realized teachers have agreed that awakening and raising the Kundalini Shakti (or Kundalini energy) to the crown chakra is essential for enlightenment. Various types of raja yogas have this aim and focus, so they may be also be referred to as Kundalini yoga.

Dhyan Yoga (Meditation) is the practice of turning the attention from outer awareness to inner concentration. It is considered the ultimate medicine, as it slowly but surely removes energy blocks, increasing the energy flow, promotes relaxation and peace, and burns deep impressions and negative tendencies in the mind, which according to yoga are the real cause of suffering. Meditation is the ultimate medicine for body, mind, and spirit, because it sets a true path to Liberation. So contact me today to integrate yogic tools for greater self-awareness, love, and inner peace!

← The Purpose of Karma and Healing
Mantra Repetition or Japa Yoga →