What Do Cinderella and You Have In Common? 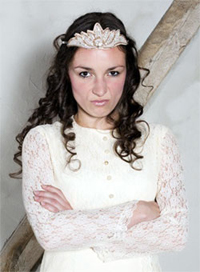 You’re probably most familiar with Perrault’s version of Cinderella, but did you know that in Grimm’s tale she goes to three balls during a week-long celebration held for the prince to find a bride? Each night she wears a new gorgeous gown and shoes gifted by a magic white bird at her mother’s grave. She then dashes away because she must go home before the clock strikes midnight.

Yes, the girl who is unjustly left behind time and again is escorted to three fancy parties where she dances all night with the most handsome and eligible bachelor in the kingdom. She feels like the luckiest woman in the world, but at the end of the night she has to go home, where a mountain of chores, a wicked stepmother, and a couple bratty stepsisters await.

As fate would have it, the prince falls in love and realizes that Cinderella will run away again if he doesn’t do something to stop her, so he has the stairway lined with a sticky resinous pitch. The third night she rushes out, one of her golden slippers gets stuck on one of the steps. Convinced that he wants to marry his dancing partner, the prince sets out to find the foot that fits the shoe. He hands it to Cinderella’s father, who takes it to his overjoyed stepdaughters to try.

To make their feet fit in the slipper, the first stepsister cuts off a toe and the second cuts off a heel. They each get to ride with the prince until the blood and a pair of singing doves reveal they’re frauds. After the young women are unmasked, the prince asks the father if he has another daughter, to which he replies that he has a maid who couldn’t possibly be the woman he danced with at the party!

Once the prince insists on having her try the shoe, he recognizes Cinderella, makes her his bride, and you know the rest of that happily-ever-after story. Now, if you think about it, Cinderella is no different from you. Her sense of self wants to go to the ball to have fun and express who she is while her sense of ‘otherness,’ which has turned into an inner bully, pulls her back to what is familiar, even if it’s not all that pleasant.

Balancing a Distorted Sense of Otherness

Our family environment is where we shape a distorted sense of otherness into patterns of perception and behavior acquired through our interaction with others during childhood. In the story, Cinderella’s father considers her less than her stepsisters and lets them reduce her only child to a life of servitude. This is exactly what your sense of otherness does when it’s out of balance: it overpowers and hides your inner voice, turning you into a prisoner of the ego-mind.

Cinderella’s yearning for the chance to attend the royal balls awakens the Divine Feminine within, symbolized by her mother’s spirit at the grave and her Fairy Godmother in other versions, but her self-perception brings her back to the role of slave. She is able to stretch beyond the familiar, but not far enough to break her patterns because she doesn’t really believe she deserves more than what she is being given. Sounds familiar?

The prince here is the light of awareness that sets her free. He’s the one who foresees her fleeing (her resistance) and figures out how to find her. He  symbolizes the bold and conscious action to find true love—that is, self-love—and support the inner beauty of his feminine counterpart.

From a spiritual viewpoint, this is a tale of self-awareness, not the story we’ve all been conditioned to believe of a lost woman who needs to be rescued by a man. Here the masculine is conscious determined action while the feminine holds the humble yet creative power to awaken the spiritual forces within you to design your destiny.

Are you ready to activate your spiritual Cinderella archetype and transform your dis-empowering self-perception into a self-directed, soul guided life? Then contact me today and get started on a discovery journey to unravel outdated emotional patterns and reshape your reality!

← The Balance of Feminine and Masculine Energies
Do You Unwillingly Live In the Past? →

1 comment for “What Do Cinderella and You Have In Common?”