Do You Know Your Emotional Triggers? 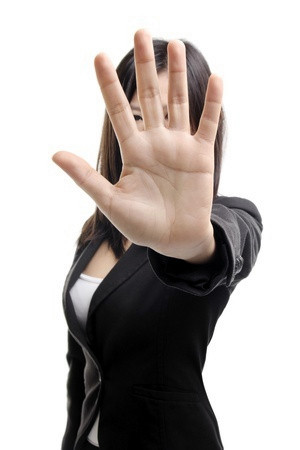 Are there any words or people or situations that trigger an immediate reaction of resistance in you? We all experience emotional ‘triggers’ at one point or another. The more you avoid looking into them to understand where they come from, the stronger they get. Why? Because your ego-mind reinforces any point of resistance to keep you where you are, preventing you from stretching beyond familiar patterns of perception.

These triggers usually come as a surprise, no matter how centered you may think you are. For instance, during the series of interviews I’ve been doing to promote The Indigo Journals this year, there were a couple occasions when the radio host (one was a psychotherapist and the other one a chiropractor/healer) got really triggered by the word ‘suffering’ when I mentioned that due to their high sensitivity and how masculine the world has turned, Indigo adults and feminine souls feel the suffering of the planet.

In both of those interviews these women interrupted me abruptly, exclaiming that their show was about ‘being positive’ and then continued interjecting while I was trying to explain what the book was about, as if they were no longer hearing me even though in reality we were saying very similar things. The only difference was that they got so triggered they stopped listening and instead began judging left and right, which is what the ego-mind does to regain a sense of control. Clearly, trying to be ‘positive’ doesn’t make you less vulnerable to your own woundedness and lack of self-awareness.

But I’m not surprised. Being positive has become almost a cliché in the New Age movement, and although I have nothing against being positive—quite the contrary—I also believe that ‘blind positiveness’ is similar to a religious blind faith that creates judgments and taboos. Just like you can be aware of a potential danger without getting paralyzed by fear, you can accept a dense reality without drowning in it.

This requires a balance of feminine and masculine qualities so that, instead of hiding uncomfortable things, like a child, you develop the sensible sensitivity, compassionate discrimination, and intuitive wisdom that are essential for spiritual growth. Carl Jung’s wise words come to mind here as well: One does not become enlightened by imagining figures of light but by making the darkness conscious.

Now, the hosts I mentioned were instantly blinded by their triggers. They didn’t think of their audience or the guest they had invited to their show; they reacted to protect their self-image and couldn’t open up to understand or learn a new perspective. This is even more obvious in close relationships. One single word produces such a resistance that we stop listening to each other and raise all the unconscious barriers we can to defend and protect ourselves. If we stop listening, we also stop feeling heard, mutually creating points of disconnection that can turn a situation into a battlefield fueled by the ego-based need to be ‘right.’

Let’s be honest: we all do this. It’s easier to judge and blame others when your perception of life is tainted with painful imprints and memories the ego-mind uses to keep you stuck in the wounded child archetype. This pushes you to skirt around the places within where you’ve always felt unloved, avoiding the pain at all cost. Unfortunately, those untouched aspects make you vulnerable because you never know how they’re going to get poked, setting you off-center and usually causing more pain as a result.

Triggers come in all shapes and colors, in obvious and subtle ways. Perhaps it’s a word, like in my examples above, a type of situation or person, or anything that activates an unpleasant emotional memory. As you gradually recognize them and become disciplined and detached enough to step back and recover your center, they lose their grip. This is part of the healing process of knowing and loving yourself no matter what, embracing without fear or judgment all the good, the bad, and the ugly that makes you human.

Here are some pointers to get you started:

It’s not enough to suppress the impulse to react; you must also accept your emotions so you can reflect and process them once you’ve removed yourself from the situation. Breathing grounds you in your body and the present moment, which creates an emotional space between you and the past impression being triggered, anchoring you in your center. You can then respond from a more empowered and mature place to listen or understand what is going on without getting lost in unresolved emotions and letting the ego-mind take over.

A trigger pulls your attention and energy away from you, so you must consciously bring it back to you, to gain clarity and open up to new possibilities of perception, thus shifting your experience. Remember, the main energy behind a trigger is fear—something that threatens an idealized self-image. But rather than repeating the patterns of your wounded inner child, you can take charge to start changing the script of your life-movie with courage and compassion for yourself and others, who are often also reacting from their wounded child archetype. So contact me today to transform and master your emotional terrain, and resolve the wounds that prevent you from expressing yourself freely and feeling heard!

← Are You Aware of the Inner Bully Squelching Your True Voice?
Does Your Life Feel Like a Slow-Motion Pinball Game? →

8 comments for “Do You Know Your Emotional Triggers?”