Are You Aware of the Inner Bully Squelching Your True Voice? 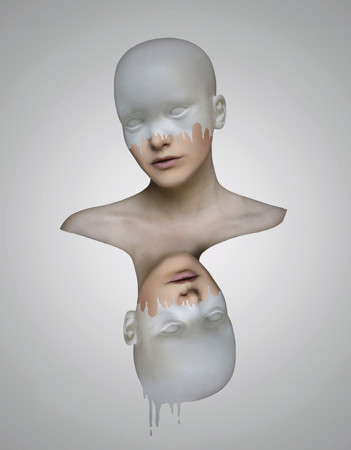 Have you ever asked yourself, “Why do I do things that go against my own judgment or intuitive wisdom”? I’m not talking about the resistance triggered by new situations or when you stretch beyond your comfort zone; I’m referring to those times when you do something in spite of knowing that you shouldn’t because it goes against your true nature or values. Perhaps you’re trying to be a nice person or please someone, even if it disconnects you from yourself. Then you look back with regret and the sense that you betrayed yourself.

This is the aspect of your ego-mind I call your ‘sense of otherness’ at work; it got shaped through your childhood interactions with those who had authority over you. In time, it became an inner bully taking over your self-perception, pressuring you into doing or resisting things to keep you emotionally stuck in the wounded child archetype: afraid, vulnerable, confused, ashamed, or overwhelmed—in short, dis-empowered and unable to enjoy life in your own terms. But isn’t it time to break free and assume your own authority?

In the early ’60s a psychologist from Yale University named Stanley Milgram conducted a series of experiments on obedience to authority. These consisted in measuring the willingness of participants, who were (initially) men with varying levels of education and a wide range of occupations, to obey an authority figure when instructed to perform acts that conflicted with their conscience.

Each experiment was done in groups of three: the subject of the study was always given the role of the Teacher in charge of an electroshock machine (or shock box); the Experimenter was the person assuming the authority to give him instructions; and the Learner was an actor pretending to be a volunteer. After a brief introduction, the Teacher and Learner were placed in adjoining rooms so they could hear but not see each other.

First, the Teacher received a sample electric shock to feel what the Learner would supposedly experience during the study. He was then provided with a list of word pairs to teach the Learner. He had to read the list of word pairs for the Learner to remember, then read the first word of each pair along with four possible answers, and wait for a response. His instructions were to push a button to administer a shock to the Learner every time he gave a wrong answer, with the voltage increasing slightly for each wrong answer.

The person in charge of the shock box believed that the Learner was receiving shocks every time his answers were wrong because he had agreed to participate in a study about memory. The Teacher had no idea he was the actual subject of a study on obedience. He’d hear the Learner scream and bang on the wall every time he delivered a shock, but it was all staged with a recording and the actor playing his part in giving wrong answers.

Why It’s So Easy To Give Your Power Away

Every time the Teacher wanted to stop the procedure, the Experimenter would prod him to continue and if questioned, he’d assure him that if anything happened he’d take responsibility. The actor would grunt, shout out, and plead, until at some point he’d stop making any noise; the Teacher was told to consider silence an incorrect answer and continue shocking the Learner, until he reached the maximum voltage.

During the Milgram experiment (and its subsequent adaptations through the years), subjects displayed varying signs of stress and anxiety regarding their role and the suffering they were inflicting another person—from sweating and shaking to seizures. They all expressed their desire to stop, but most continued after being pushed by the person they perceived as the authority. Against all predictions, about 65% of them endured their task all the way to the final 450-Volt shock to their Learners.

Regardless of the questionable nature of this experiment, it brought to light two important things:

If you think about it, the mental training to obey starts in early childhood, where power and control are usually held by the parents and caretakers and then trickle down to older siblings, teachers, bosses, and so on. It eventually permeates a collective perception of a few being in power and the rest following orders. But this conditioning goes against the freedom-seeking, expansive nature of the soul that inherently resonates with Oneness; it wouldn’t exist without the ego-mind in this overly masculine, power-oriented 3-dimensional world.

The Milgram experiment reflects how your sense of otherness becomes the internal authority—the inner bully—dictating how you should behave, judging and squelching your inner voice in the name of appearance, or creating stressful situations that make things fuzzy, to veil the clarity that allows you to embrace your true power and accomplish what you really want. It holds you back every time to do something to free yourself from its grip, creating feelings, sensations, and life dramas to keep you stuck where you don’t want to be.

As long as you let your sense of otherness distort your self-perception, like a constant censor creating self-doubt and fear, or judging and putting you down, you will feel that life just ‘happens’ to you and you have no choice but to give your power away to people and situations demanding your attention and energy. But if you understand that your reality is a projection of your self-perception, then it’s clear that you can let others control or abuse you only to the extent you abuse yourself through your own lack of love.

External situations mirror an inner dynamic with the voices and figures you’ve internalized and keep feeding in symbolic, unconscious ways. But this doesn’t have to be fixed, unless of course, you keep reinforcing the mental patterns it weaves. This is why not everyone involved in the Milgram experiment followed orders; many simply refused to inflict pain, no matter how pressured they felt. I’m sure others had to process the experience and learn about their own motivations; a few certainly did and wrote letters expressing how becoming aware of their blind obedience later allowed them to protest the Vietnam war.

They had to recognize and stand up to their inner bully first, to make the conscious choice to invest their energy in what they believed in. How about you? Are you ready to stop giving your power away and take charge of your life by honoring who YOU are and clarifying what YOU really want? Then contact me today to start shaping the reality you yearn for and your individualized, soul-guided path to self-mastery!

← My Interview With Gary Goldberg
Do You Know Your Emotional Triggers? →