How Your Illusions Create a ‘Halo Effect’ 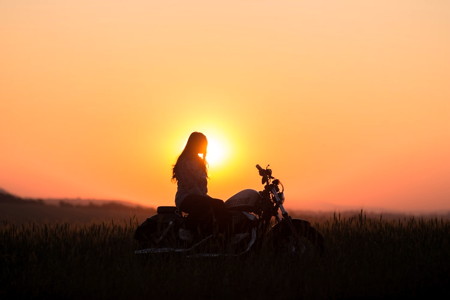 Not long ago, I heard a story of a couple I’ll call John and Sylvia (not their real names) who decided to flip houses as a way to invest money. He had experience as a handyman and contractor, and she had been saving for years, so they agreed that Sylvia would use her savings to buy a small fixer-upper in a good location and John would put all the work needed to fix and remodel it. Once it sold, they would split the profits accordingly and then find a new house to invest in.

They were quite excited about their project, but decisions regarding structural changes, materials, textures, and even wall colors led to disagreements that stalled their progress. John just wanted to get things done as quickly as possible, but Sylvia was overwhelmed with the whole thing and found fault in everything, from her job as an accountant to their relationship. One day, John noticed a new yoga studio nearby and suggested she tried doing yoga, thinking it’d help her focus on something else.

Soon after, Sylvia started attending yoga classes; after just a couple weeks she felt more relaxed, so she increased her time at the studio. This made things easier for John, who’d labor for hours after work to turn the house around. One day Sylvia invited her yoga teacher to come look at the house. He was a young, strong, attractive man who spoke softly but confidently, with a tone of authority. He made a few suggestions here and there, and Sylvia agreed with him immediately.

John wasn’t too happy about it, but since technically the house belonged to Sylvia and he wanted to avoid conflicts, he complied. Then the teacher began tagging along with Sylvia more often and making more recommendations, which meant extra work for John with changes that didn’t make sense to him. Slowly but surely, Sylvia was changing into a different person and the decor of the house was also transforming into something quite different from other houses in that neighborhood.

Ego Finds The Way To Sabotage Your Growth

On a few occasions John found them doing yoga together in the living room and also meditating in the main bedroom, in front of an altar they had set up with statues, pictures, candles, and incense holders. There were Indian tapestries with Oms on the walls, and both were adamant that those things should remain where they were, even if potential buyers came to see the house.

John suspected Sylvia was cheating on him, but she assured him that her relationship with the yoga teacher was solely of a spiritual nature, completely innocent, and he was helping her grow personally and spiritually. John couldn’t deny she was happier, more positive, and calmer than he had seen her in the three years they had lived together, so he didn’t push any further and shortly after put the house on the market. Potential buyers came and went, but none made an offer.

John wasn’t surprised, the decor just didn’t fit other residential properties, so after a few weeks he decided to be firm with Sylvia and demand to go back to their original agreement, leaving her teacher and his suggestions out of it. To his surprise, however, Sylvia said she was learning to detach from material possessions and had decided to donate the house to her guru to turn it into a small ashram, a place for yoga and spiritual practices. John was devastated; he ended the relationship right then and there, and moved out the following day.

Once the papers were signed and ownership of the house was transferred to her teacher, Sylvia noticed he became increasingly distant, spending more time in his old yoga studio and also devoting more time to other students. When she inquired, he said he had taught her to let go of material possessions and now she needed to let go of him to find herself. Although disappointed, Sylvia accepted his instruction and took some time off to grieve the loss of her relationship with John and with the teacher she had become attached to as well.

When she returned to her regular yoga class, the teacher wasn’t there; a man taking over the class explained he had to leave town suddenly due to a family emergency. Sylvia tried to call him, but there was no answer, so she waited patiently for his return. Her guru never came back, though. A couple months later she realized he had transferred the lease of his studio to the man she assumed was a temporary substitute and had left for good, but not before selling the house she gave him for twice the money she paid for it.*

I know you’re thinking, “Wow! How could this happen?” But a better question here is, what makes a person trust someone so blindly and miss the signs and clues of deceit? Well, it’s not that difficult, most of us have felt duped on some level, because we have ego, and our ego is the wounded child archetype that colors our perception with illusions and expectations to compensate for the difficulties or lack of love we experienced growing up.

Spiritualized Or Not, Ego Is Still Ego

First, this wounded inner child keeps seeking love outside of ourselves and looking up to others for validation and approval by transferring past attachments and projecting illusions and expectations to new people—through our ‘sense of otherness.’ In other words, if your inner child is still waiting for your parents (or those you loved) to change and be the idealized version you needed them to be, you’re likely projecting those illusions onto everyone you enter a new relationship with.

The problem is, your parents (lovers, etc.) were who they were, and the past is the past; you can’t change the past, you can’t change people in the past, and you can’t force your expectations on anyone either; so holding on to those things keeps you emotionally trapped and often leads to disappointment, unable to see clearly or enjoy what’s in front of you in the preset moment.

These illusions create what social psychologists call ‘the halo effect’ which con artists use very effectively to swindle their victims out of what they want. People with charisma, good looks, or an authoritative attitude tend to have this effect: they immediately inspire trust. But this doesn’t mean they should be trusted, even if only thieves and manipulators use it purposefully to deceive others. If someone has a positive quality or a quality you admire or feel attracted to, you assume they have other positive qualities as well, although you don’t really know.

The opposite is also true, because it’s all based on appearances and impressions, not in-depth experience or knowledge. You judge someone negatively simply because they show a feature you don’t like, without learning about who that person is as a whole. These impressions create biased rather than objective opinions, tainted by your self-perception, to meet some unconscious wounded need. You think a person (or company, brand, etc.) is this or that, because it suits your beliefs or you’re attached to (or feel aversion toward) what they represent. Ego only lets you see what meets ego-based needs.

The ‘halo effect’ is deeply ingrained and reinforced by the mass media, and clearly works at the level of ego, since everything in the world is ruled and motivated by ego. You need to be self-aware and nurture self-love to lead your life in your terms, mindfully, rather than being unconsciously directed to do things that don’t benefit or serve your growth. So contact me today to start healing your wounded inner child and discern real intuition and awareness from a spiritualized ego. You must develop emotional freedom to release anything that gets in the way of your true happiness!

*Please note that I love yoga and have nothing against yoga studios or honest teachers; this is just one story of deceit that happened to be related to yoga—which is a clear example of how the ego-mind uses anything, including spirituality, to remain in control of your perception. But anyone can be duped in any circumstances, because the ego creates the illusions and ‘halo effect’ that shape these types of situations.

← Are You Aware Of How Big Your Ego Is?
What Does It Take To Be Happy? →

1 comment for “How Your Illusions Create a ‘Halo Effect’”