How To Take Advantage Of Venus & Mercury Retrogrades 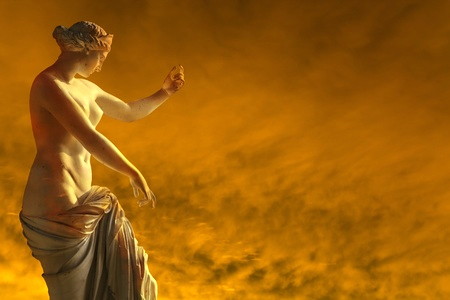 I’m not an astrologer, but I know planetary energies affect us on a daily basis, in both individual and collective ways. I pay closer attention to certain planetary events, such as the Moon and Venus cycles, since they’re the only feminine bodies among the major planets and, along with Mercury, they’re between the Sun (Consciousness) and us. When the Moon waxes and wanes, or Venus or Mercury go retrograde I can immediately feel the effects. Can you?

Venus being retrograde from March 4th to April 15th, then followed by a Mercury retrograde (April 9th to May 3rd) may have a double effect on you this Spring, especially since we can sense the influence of these energetic changes for weeks before and after the actual retrogrades occur.

When we say that a planet is ‘retrograde’ it simply means that it slows down, giving the illusion of moving backwards in relation to the other planets, although it’s really still moving forward. Likewise, the Moon growing and diminishing is a visual illusion in relation to the Sun’s position, but since Consciousness projects itself in this Universe as layers of light, these apparent changes reflect a change in energy we can interpret symbolically as well.

You’ve likely heard of Mercury retrogrades, since most people get concerned about signing contracts or their electronics breaking down when it happens, which is usually three times per year, but all planets have retrograde periods and each affects us individually depending on our natal planetary transits (which are also aspects of the collective).

The energetic changes are quite obvious, however, when a planet slows down: sudden changes, delays, or obstacles challenge us to re-evaluate certain aspects of our life. This is the purpose of these cycles, as they trigger similar archetypal energies within us. But the key idea here is slowing down.

Since planets are named according to Roman gods and goddesses, they reflect the main energies of their archetypes. Mercury was a god (masculine, mental, concerned with ideas, words, and communication) but also held the feminine quality of fluidity that allowed him to become the messenger of the gods. He was able to move through different worlds—the higher world (the Olympus), the human plane, the underworld, and the subconscious, where everything gets recorded.

In this sense, Mercury is both the mental capacity to process different aspects of ourselves to bring healing (in Greece he was Hermes, the father of Western medicine) as well as the trickster aspect of the mind. Aside from the general recommendation not to sign documents or purchase expensive items during a Mercury retrograde, to warrant disappointments and delays, you have the opportunity to go inward and become more self-aware while also developing mental flexibility—the feminine-like fluidity that makes life easier to navigate.

Now, Venus (or Aphrodite) was the goddess of beauty and love, but she held certain masculine qualities that gave her the independence and freedom to choose her sexual partners with no apologies nor attachment. In fact, she married Vulcan, the lame god of fire and metallurgy (the blacksmith of the gods), with whom she never had children while directing her passion at Mars, Adonis, and other lovers, from whom she bore children (one of them was Cupid—see Meet Psyche, Your Love Guided Soul).

She was born of sea-foam, a mythical reminiscence of the Hindu goddess Laxmi emerging from the Ocean of Milk to reunite with Vishnu, the preserver of the Universe. This water symbolism refers to both the essence of life and the subconscious Feminine coming to the surface to temper the fiery Masculine. More importantly, Venus reflects the inherent, charming pull of the Divine within us through the purification of love.

Venus turns retrograde less often than other planets, perhaps because it’s meant to stir up deeper things so we can take pause to look within and set our priorities straight in terms of what we value. When Venus goes retrograde, love, money, beauty, friendship, marriage, partnerships, principles, and material possessions come to the forefront on the big screen of our life-movie, to nudge us toward more conscious choices—those that further self-love and connect us to ourselves.

Money and relationships tend to trigger fears and doubts, since these are aspects where we feel most vulnerable. But you must decide what you need to nurture and what you must let go of, including your fears and doubts, to surrender to the beauty and abundance within you waiting to manifest. This is what Venus is ultimately all about and what nurturing a more mercurial fluidity, as opposed to remaining fixated and rigid in your perception, can help you achieve.

Rather than letting the mind pull you away from your inner resources, take advantage of both Venus and Mercury retrogrades by asking yourself:

On the practical level, these are good periods to cleanse the body, clean house, and let go of what no longer resonates with you (possessions, relationships, beliefs, resentments, traumas, and so on), while being flexible and finding new ways to fulfill your needs and desires. Keep in mind that in all retrogrades it’s important to remember that things are in fluctuation to give you the opportunity to effect inner change. Yes, backup your computer, but don’t identify with the emotions triggered by a setback or sudden change; use them to uncover deeper aspects of yourself. Contact me today for guidance and support through your process of transformation, to embrace life fully with love and spiritual insight!