12/12/12: The Opening Toward Creative Cooperation 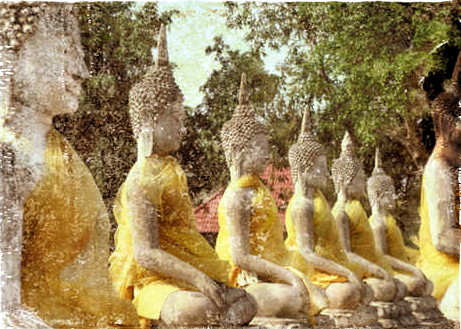 Everyone is aware now that December 21st, 2012 marks the end of the Mayan calendar. Not only has this information become mainstream; it has provoked apocalyptic fears, doomsday books and films, and even triggered outbreaks of panic in Russia and France, as reported in a recent New York Times article.

It has also brought much joy and hope to those, like me, who don’t believe that 12/21/12 will mark the end of the world, but the beginning of a New Earth, a new humanity, and—if you’ve watched my brief video about this—freedom from the prison-like 3rd dimension on this planet.

Now, astrologers tell us that on this special winter solstice, Mother Earth will be in a perfect elliptical alignment with the Milky Way and the central Sun of our galaxy, which will yield extraordinary consequences on the level of global consciousness. This whole rebirth process, however, began back in the ’60s and was first activated in August 1987 with the Harmonic Convergence, and then other subsequent energy grid activations took place throughout the 25 years that followed. One of these powerful activations is on 12/12/2012.

The Harmonic Convergence and Planetary Rebirth

Back in 1987, the year of my spiritual awakening, all of this was new to me. I had no idea what the “New Age” was, although I had heard  about the Age of Aquarius during my childhood (in the soundtrack of the musical Hair), but I thought the song simply related to all the social changes of the ’60s. 1987, however, marked the beginning of what I like to call my 3-year “personal retreat” of spiritual and self-exploration (in almost complete isolation). In perfect synchronicity, I was invited to a group meditation in one of Mexico’s ancient pyramid sites (in Teotihuacan, outside of Mexico City), on the exact day of the Harmonic Convergence.

Everything in Mexico is big, but I certainly didn’t expect so many people gathered together for this event, and I didn’t anticipate seeing Tibetan monks there either, but as I recall they had come specifically for this spiritual meeting and they invited the crowd to join with our intention and energy in a ritual they performed at one of the main pyramids. Then I just remember being immersed in a powerful group meditation. It was a wonderful experience!

In October of the following year, I was invited to another, smaller ceremony to help reunite the feminine and masculine energies at a different pyramid site within the ancient city of Tlatelolco (which, like most of those ancient sites, had been integrated into the modern metropolis). During the 1968 riots between police and college students, a lot of blood was shed at this particular place, and according to the native priestesses who were directing us to perform a lovely and colorful ritual, this innocent blood represented the menstruation of the Feminine, who 20 years later was getting ready to give birth to a new era.

It was soon after that ceremony that I began to understand the power and significance of these rituals and how the energy of our intention, vision, and prayer can create change in the environment—how they integrate matter and spirit to create our reality. Religion was never my cup of tea, but the mystical world had become an ongoing realm for me, and I was able to perceive the changes in my own perspective as a result of this “alignment” with the Feminine within and without: I was rapidly growing in intuition, faith, and wisdom.

With Growth Comes Resistance and Fear

With that awakening and realignment, also came fear and resistance. Like a ghost from the past, fear haunted me and attempted to pull me back to “the-way-things-used-to-be” every step of the way. Like an internal authoritarian figure, it made me feel that opening up to receiving more awareness, insight, love, and energy was going against the patriarchal rules of justifying my existence through struggle and suffering.

Call me stubborn, but I was not going to go back, no matter how thick and sticky it all seemed emotionally, and no matter how many times I had to catch me sliding back into my old patterns. Fear is tenacious; it can be subtle and take many different shapes and disguises (it never stops to amaze me how versatile it actually is!), but I was determined to continue healing my wounds, no matter how long it would take.

This resistance and ghost-like fear is exactly what I see in so many of my clients, as well as in humanity as a whole right now. As soon as we get ready to delve deeper into ourselves, to leave the fuselage and ascend into higher consciousness, doubts and guilt and all forms of fear come to invade us in the shape of financial, relationship, emotional, or health issues. Not to mention plain old panic, as in the cases described in the article I mentioned earlier.

Of course, the external world continues to reinforce fear, doubt, and guilt, left and right, to the benefit of those who gain power from exploiting humanity’s weaknesses. If we are not attentive enough—or perhaps stubborn enough—they grab our focus and energy and take us away from the task at hand: to delve deeper within to acknowledge, nurture, and heal our wounded self and harness the power within—the Feminine—to embrace life as it flows and changes.

Since December 12th, 2012 offers an opportunity to prepare for the rebirth of ourselves and the world, I’d like to strongly encourage you to utilize the energy of this day—and your energetic alignment to the Earth’s grid activation—to set the intention to move further toward your soul integration and self-ascension by releasing your fear of change.

You have probably been experiencing that anything that is not in integrity and alignment with your true self has come up to the surface to be reviewed, attended to, and often released, in the past year or so. It is now time to re-evaluate all your relationships: with yourself and others; with money, power, social structures, and community; with your beliefs and perception of life; and with your purpose, your soul, and your place in the cosmos.

If you feel afraid of something right now—not having enough money, love, power, clarity, and so on—step above it and create the opposite experience in your life. Open up to abundance, trust, and guidance by letting go of the belief in lack, worthlessness, helplessness, or powerlessness. If you focus on self-growth, the Feminine within (no matter what your gender) will take care of your needs and desires. All you have to do is trust and leave all fear out!

Twelve is the number of creative cooperation, and so is 21; these are 1 and 2 together in a creative, healing communion where the individual (1) maintains its uniqueness and does not get lost in the partnership with another (2) to enhance creativity (reflected by number 3, which is 1+2 or 2+1). Now, both 12/12/2012 and 12/21/2012 make up the master number 11, which symbolizes the creative union of 1 (the individual) with the One (Infinite Consciousness) into divine partnership (2 = 1 + 1).

Eleven represents the power of double creativity: the one within and the one without; our inner creative potential and the creative potential of others (our ”otherness“); this is the infinite conscious energy that connects us to all as both witnesses and co-creators of the world. To top it all off, this year’s winter solstice will be at exactly 11:11 (Greenwich time)! But I am getting ahead of myself here…

This year, 12/12/2012 offers the energetic alignment to help us further open up to our spiritual nature while maintaining our individuality, and be able to establish creative cooperation with others; then 12/21/2012 marks the birthing of a global community based on compassion, love, and mutual respect.

If you can share the energy of 12/12/12 in a group of like-minded people (even as small as 2) and meditate together, envisioning the New Earth, don’t pass the opportunity up. Even if you cannot get together with anyone, try to meditate alone and make the commitment to release all fear by:

Remember that the Universe can only give you more of what you gift yourself with—that is, what you are able to receive—and give yourself permission to fully embrace the Feminine Flow that is giving birth to the real you. As always, contact me if you need guidance and clarity as to what life is asking you to leave behind and to gain insight into the blind spots that fear creates when you are ready to grow emotionally and spiritually. The time to invest in yourself and truly commit to your self-growth is now!

← Using Your Creative Power to Shape the New Earth
December 21, 2012: The Time of Rebirth and Remembrance Is Here →