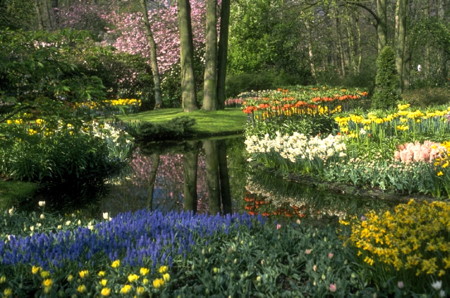 Most people fail to understand the true meaning of abundance and power. In the modern world, power has become a synonym for wealth and we have been trained to believe that abundance is just money, since we are used to exchanging our time for it. The old saying that “time is money” has been ingrained in our minds.

Time and money, however, are not the same, not even similar in nature, and they certainly don’t hold a fixed relation to true abundance or power. For a dying man, money or power are useless while time is precious; for a hungry child, time is painful and money itself means nothing but maybe the means to get food.

As the year moves forward, and the  energies of the Divine Feminine push us further to face our false beliefs, deal with our emotional wounds, and release our distorted sense of security, we will be increasingly confronted with the lower vibrations of both our personal environment and the world’s, especially during the summer months. We will probably witness more chaos in relationships, living conditions, health issues, political struggles, and finances. As we navigate the rest of this year, it is important to remember that in spite of what we may see or experience, the focus must remain on our inner exploration and the vision we hold for ourselves and the world.

Power and abundance are attributes of the Feminine principle. So is our creative potential, through which we co-create reality. Yet in this dysfunctional world, those who have held the control until now (the “powers that be,” as they say) have made us believe that power is masculine energy and that only brute force, manipulation, or wealth can give power. They have also made us believe that the feminine qualities of innocence, softness, and compassion are weaknesses with which we can be fooled, used, or abused. So we’ve integrated guilt as an emotional currency of sorts and we’ve also hardened to protect ourselves. Unfortunately, in doing so we’ve also disconnected from our feelings and our feminine intuitive compass.

External power is imbalanced, excessive masculine energy; it is forceful and destructive, and it gives a temporary, false sense of control. Those who hold on to this illusion of control always need to have more of it, like a drug, because their sense of self relies on it; without it, they feel empty and worthless. Since life cannot be controlled, they don’t realize that manipulation and deceit further binds them to the sense of disconnection and suffering they are attempting to hide with this false sense of self.

This type of power is like trying to fill a hole with another hole; it never feels full so it requires to be continuously filled—and you could keep doing that for all eternity. It creates the need to have more and more control: of emotions, relationships, environment, health, desires; and of course, it spreads further onto other living beings and their behavior, beliefs, health, finances, activities, and so on. It’s the prevalent epidemic of our time.

True power is internal and feminine in nature. It’s the creative force that brings life into material existence, the primordial matter that allows us all to live on this plane. Without it, this place would be barren and nobody would survive, no matter how much money or external power they may have. It’s the conduit between Infinite Consciousness and Mother Earth.

Growing Toward Unification and Oneness

Why am I mentioning this now? Because polarities are reaching a breaking point and we have to be prepared to hold the light, the faith, and the vision of what the world is to become. We see disasters, violence, financial distress, political turmoil, even our food supply threatened by the chemical companies who have turned us into lab rats. And many of us are thinking, this is just the world: there always has been and will be this power struggle between good and evil, light and dark, the powerful and the powerless, man and woman.

Yet at the same time, we are coming together and paving the way toward Oneness, toward the unification of the Masculine and Feminine principles because we know that it is no longer sustainable to live the way we have until now, and something has to shift. This is not just about survival, it is about expanding consciousness and, whether we realize this or not, we don’t really control this process. This is why we are witnessing the same lack- and power-based struggle that humanity has experienced for centuries, but are no longer willing to pretend it doesn’t affect us or accept it as truth.

The shift toward a unified, love-based world starts by changing our perception. Our beliefs are the foundation of our reality; they become the fabric with which we create and sustain life on Earth. If we believe in the predominance of man over nature (or male over female), we will attempt to control and mold it to our needs, even if it means destroying it in the process. If we believe that life is abundant and that we are not in control, that we are vessels of conscious energy, then we can open up and receive that abundance—without ownership.

Chaos in the world is here now not to repeat the same-old-same patterns of the past, but to force us to move beyond the limited perception of our power: to create, transform, and receive life and abundance in all their forms. A millionaire may suffer from insomnia as he worries about his money while a renunciate sleeps soundly in a cave in India. Who of those two is more abundant? A celebrity suffers from depression and drug abuse while a farmer joyfully tends to his vegetables. Who of those is more alive?

Harnessing the Power of Your Beliefs

We have been giving our power away because we have been conditioned to believe what those in authority want us to. If you believe that you are no good, simply because your emotionally unavailable parents made you feel that way, or that you don’t deserve love or abundance because it is only meant for others, or it requires you to depend on or please someone else, then maybe it is time to reconsider who you listen to: the imbalanced masculine voice in need of control, or the loving, intuitive, and abundant energy of the Feminine within.

A belief is nothing but a thought repeated over and over. As it is repeated, it accumulates energy and creative power, and becomes a pattern that permeates your life. Obviously, a belief is never alone, so we create vibrational patterns with a mixture of beliefs and emotions that resonate with one another. If you go against one of your internalized beliefs, the emotions that support them come up to haunt you, in an attempt to bring things back to the previous status quo. It’s your own resistance to change.

Shifting your perception begins by understanding and questioning those unconscious beliefs that keep you bound to the also unconscious agreements of your family, which in turn reflect personal and cultural beliefs. A simple example would be to associate pink with girls and blue with boys; or girls with being pretty and boys with being strong. There is a social agreement underneath these distorted beliefs that your family, like most families, will sustain: they will dress you in pink and your brothers in blue; they will prompt you to be pretty and your brothers to be tough and to bond with other boys in those terms; they will treat you according to these standards.

Unconscious agreements usually start at birth, then continue on from there, and later reflect beliefs that we experience and maintain in the world: beliefs that determine how we perceive ourselves and others; that prevent us from expressing and sharing who we are; that promote power-based relationships; that keep us trapped in the blame and victim game; that rob us of our vitality and ability to follow our dreams and enjoy life; and that maintain our sense of lack, powerlessness, and emotional disconnection, regardless of our gender. That is, until we begin to question them.

Connect to Your Inner Abundance and Power

Those who rule the world are well aware that their power lies on having control over your mind. They know that if you turn around and start listening to your inner voice and guidance, you won’t believe them anymore. They know that your self-exploration would help you take your power back—your feminine, inner power that can make you realize that:

It is no coincidence that we now hear people talking about “manifesting.” This is the Feminine principle that is our creative potential at work, and we are slowly understanding how to use it to create something better, without waiting for someone or something to change things for us, or to “save” us. It is the Divine Feminine emerging into collective awareness. Mastering it requires a learning process, however, since most of us are still holding on to the previous paradigms simply because we don’t know how ingrained in our psyche they are. We all have blind spots, and you cannot see what you cannot see.

You can help shape a different world by accepting and opening up to the Divine Feminine that is pushing the dysfunction to the surface and destroying stagnant structures, while keeping the focus on finding your inherent creative power. Stop fighting what is and start believing in what can be! The key here is to remove what blocks it, by healing the emotional wounds that suck up your energy, and to reestablish the spiritual connection to who-you-truly-are. So contact me today to gain clarity and the guidance you need to overcome your own resistance and get what you desire!