The Spiritual Power of Non-Action 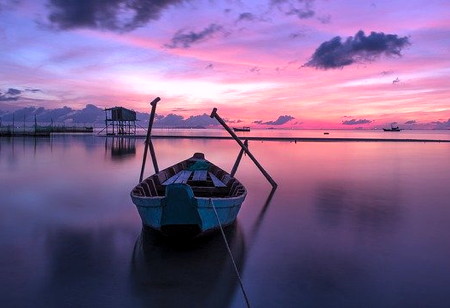 Once upon a time, a group of Indian sages lived together in the forest with their wives. They focused on practicing certain rituals known for granting supernatural powers, with the hope that this would lead them to enlightenment. However, Lord Shiva (a manifestation of the Divine that destroys ego) was determined to show them their error.

He appeared to the group as a young wandering sadhu (spiritual ascetic) accompanied by a beautiful woman, who in reality was Lord Vishnu, another aspect of the Divine, temporarily embodying a human form. The sages were completely smitten by this young lady, which greatly disturbed their practices and affected their powers. At the same time, their wives fell in love with the young renunciate, which also aroused much jealousy and anger in them.

Furious, they used magic rites to conjure up an elephant and a tiger to attack him. But Lord Shiva slew both swiftly and easily, and then used their skins as a robe and a shawl. In that moment the sages realized they were up against one more powerful than themselves and bowed down to him, asking for his instruction. He began to teach them that it is not by action but by the renunciation of action—or non-action—that one attains Liberation.

When you are engaged in the external world, trying to make a living and accomplish your goals, the idea of non-action may sound impractical or even absurd. But if you are a spiritual seeker, this concept is essential to achieve your ultimate goal (see Are You a True Spiritual Seeker?). In spiritual terms, non-action is not the absence of action; it’s the absence of ego, of attachment and self-interest in what you do, because the ego-mind does things mainly to gain validation, recognition, control, or power.

Non-action requires not only full presence, but also the conscious effort to renounce the fruits of your actions. This is an aspect of karma yoga, whose aim is to serve God by serving others and is an excellent way to burn your past karma and remove ego in this time and age. But what matters most is the perception from which your actions emerge, regardless of whether you’re doing something for others or yourself.

Master Your Mind To Transform Your Life

Seeing the true motivations behind your actions—in thought, feeling, or deed—demands ongoing self-awareness. The natural direction of the ego-mind is outwards, because its main purpose is to create and experience the world of forms. This also prevents you from being still and look within to discover your true Self, where the illusion of duality, multiplicity, and polarities disappears.

As long as you identify with the world of forms, the ego-mind is in control, producing desires, attachments, and fears that lead to conflicts and suffering. The problem is not the world of forms but your identification with it that traps you in the ego-mind. Your power lies in the capacity to recognize yourself as the awareness of the world and the mind as a tool to choose the direction of your energy. The ego is self-centered, so when you do things directed by it, there is self-interest and a sense of ownership. You think, “I am the one doing this, this is my action.”

When you consciously renounce the sense of doership and ownership, there is no karma (“action”), because you no longer identify with your actions. In other words, you remove the self-centered motivations behind them, thus eliminating the usual mental-emotional fluctuations that attach you to your actions and other people’s reactions to them; these may arouse passion or excitement but also frustration and pain—again, in thought, feeling, or deed.

In non-action, you experience and observe your fluctuations, taking full spiritual responsibility for what life brings your way, but without identifying or letting them taint your perception. When you act from a place of mental stillness and inner peace, you do things as the divine vehicle you truly are on this plane, guided from within rather than at the level of the impulsive, deceiving, fear-based ego-mind that promotes restlessness and dissatisfaction.

When you do things for their own sake, with full presence but no ulterior motives or a sense of ownership, you’re surrendering your ego to Divine Consciousness, thus allowing it to take over your perception and grant you the bliss of your true nature. There is no greater power than the light and love of God within you, but it takes great humility and devotion to open up to this grace. So contact me today to delve deeply into your egoic self and reclaim the emotional and spiritual freedom of your true Self!

4 comments for “The Spiritual Power of Non-Action”