The Battle Between Love and Ego 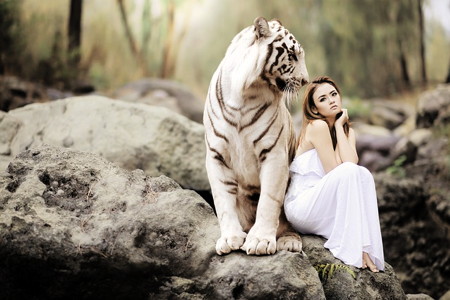 A client once told me she thought her mother was a narcissist because “she loved herself too much.” But narcissism is not self-love, although it’s easy to get confused since the concept was coined after the mythological story of Narcissus, a beautiful hunter who fell in love with his reflection on the water and despaired of not being able to see his love reciprocated.

In truth, Narcissus didn’t love himself; he was infatuated with his physical beauty and suffered due to the painful realization that his external appearance—the reflection he was so attached to—wasn’t separate from himself. This mythological figure clearly symbolizes the nature and workings of the ego-mind viewed through a magnifying glass.

Ego creates the illusion of separation from Divine Consciousness through the attachment of the mind to sensory perception, to give you a sense of individual experience, but in so doing it also creates suffering due to the impermanent nature of things. Once you’re attached to something or someone, you’re trapped in the fear of losing what you’re attached to: it’s painful to give up the gratification or the illusions it provides.

We humans are complex and multilayered, so there are different degrees of ego entrapment. The ordinary ego is self-centered and self-important (in both obvious and subtle, self-defeating ways), but taken to the extreme it creates a narcissist; narcissism pushed to the extreme yields a psychopath, and psychopathy can turn into sociopathy. These varying degrees of ego entrapment can be viewed as different levels of disconnection from Consciousness—from awareness and love—that distort the perception of life and of others.

The ordinary ego colors your perception with private self-images you’re unconsciously pressured to maintain at the cost of your own happiness; at different levels, the narcissist, psychopath, and sociopath fixate on the need to control a public image (their refection) while seeking the satisfaction of their desires, delusions, and secret destructive impulses. The main motivation here is external power to compensate for a lack of inner power, which is love (think charismatic religious, cult or political leaders controlling people’s minds and orchestrating unthinkable crimes).

In all cases, there’s a tug-of-war between love at the core of the soul and the ego-mind identified with the physical senses and external appearances. This battle is ongoing, because your soul is an infinite spark of Consciousness—that is, eternal Love and Awareness—with the power to create your reality and the world, but the ego is relentless in its mission to keep you disconnected from Consciousness to give you the illusion of individuality. Love is your true nature while ego is the fixation on the sensory appearance of things—your desires, self-images and roles, as well as attachments and fears.

Something similar to Narcissus’ story tends to happen when two people enter a relationship, particularly if they lack inner work and self-awareness, since the ego-mind colors their perception. If ego is running the show, each partner will project an idealized version of themselves into the other person and fall in love with it. That is, until the so-called ‘honeymoon period’ ends, the routine sets in, and they begin to see the real person they’re in a relationship with and disagreements begin—a battle of egos, if you will.

I’m not saying love is not real; love is the force that moves and expands the Universe and life itself from the core of every soul. In fact, nothing is real but love, which is the essence of Divine Consciousness. But because we have ego, and ego distorts everything to disconnect us from Consciousness, we tend to project our illusions and unfulfilled aspects into those we’re physically attracted to or admire in some way (see How Your Illusions Create a ‘Halo Effect’).

So rather than discovering and enjoying who another person is, to shape something together in creative cooperation and balanced responsibility, we tend to demand of another to become an idealized version of ourselves, in an attempt to heal and validate our wounded (childhood) aspects. Now, all relationships are karmic, so unavoidable on some level, but you can use every experience to develop greater self-awareness and self-love, and in time avoid letting love being distorted by egoic illusions and expectations that disconnect you from love.

So next time you feel an emotional pull toward someone you just met, before putting them on a pedestal or getting attached to who you think they are, fixating and giving your power away as a result, I’d encourage you to take things slowly to develop a friendship and discern what you find appealing in that person, which more often than not is what you need to nurture and develop in yourself to find true love.

What’s the point of living the illusion of Narcissus by engaging with your own projections, unable to really see and be seen by those you want and are meant to share yourself with? Contact me today and start reconnecting to your essential nature by developing emotional and spiritual freedom from ego!

← Do you Know Where You Belong?
Do You Often Doubt Yourself Or Lose Your Enthusiasm? →

2 comments for “The Battle Between Love and Ego”